Victor Chumo on the INEOS 1:59 Challenge

Victor Chumo has been selected as one of the main pacemakers for the INEOS 1:59 Challenge. The 32-year-old Kenyan is a 60:03 half-marathoner and was a pacemaker for the Breaking2 project.

I grew up in the village of Metkei around 40km from Eldoret and I never had to look far for running inspiration. From the age of seven, I recall watching international athletes such as 1997 world 3000m steeplechase champion Wilson Boit Kipketer and numerous others run through my village.

I knew from a young age that I wanted to be a runner. I always had a passion for running and as I was also keen to explore the world, I knew running would give me the opportunity to travel, experience different cultures and forge friendships with people from different walks of life.

I had been an international runner for several years and after joining Global Sports Communication in 2017 one of my first assignments was to run as a pacemaker as part of the Breaking2 project.

I recall pacing in stints of around 4.8km each, it was an amazing experience. I’d never been to such a high-level event before, and I learned a lot. People from all over the world were watching and to be a part of such an event meant a lot to me. I felt like I was in the right place and I was acting out my dream of travelling the world and meeting lots of new people.

I had been training in Iten when, earlier this year, Valentijn (Trouw, Eliud Kipchoge’s manager) approached me and explained about the INEOS 1:59 Challenge. He told me that as I had run as a pacemaker for Breaking2, it would be a good idea if I was also involved in Vienna. He told me that I would be one of Eliud’s main pacers. He also advised that I switch training camps and move from Iten to Kaptagat to spend more time training and learning from Eliud.

I didn’t expect to be chosen for the role but it shows management believed that I can do it. I have fully embraced the role. 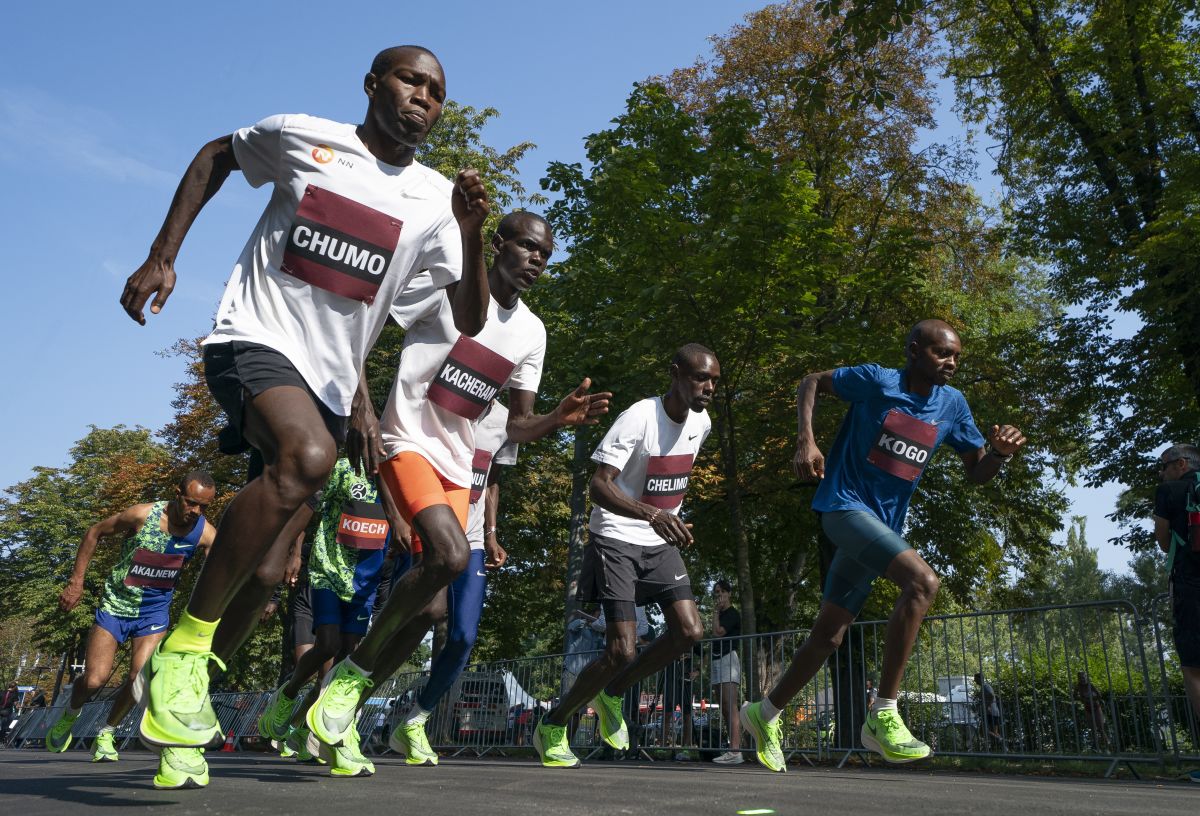 "I knew from a young age that I wanted to be a runner. I always had a passion for running and as I was also keen to explore the world."

Since joining the camp in June I’ve adapted quickly and I believe the experience has brought me closer to what I wanted to achieve with my life since I dreamt of being a running as a small boy.

I’ve learned a lot from training and living with Eliud and the likes of Geoffrey Kamworor (the three-time World Half Marathon champion, two-time World Cross Country gold medallist and former New York City Marathon winner). They have taught me what it means to be a professional athlete. They are really disciplined and devote so much energy to being focused. It has revolutionised the way I think. Being based in Kaptagat has helped transform my life – it has been a real game changer.

As one of the main pacemakers with Eliud we train together. For some track sessions and some fartlek sessions I have been taking the lead ahead of Eliud to mimic what will happen at the INEOS 1:59 Challenge.

I’m very happy to be a part of the challenge. When I first became involved, I became aware that thousands of people were watching social media video posts of our training sessions. It is impressive to be involved in a project of this scale and I’m looking forward to playing a small part in helping create history in October.