The oldest of the Ingebrigtsen brothers. Henrik, 28, won a gold medal at the 2012 European championships in the 1500m and was fifth in the same event at the London 2012 Olympics.

He has won a total of seven European Championship medals on the track and set a Norwegian record for 3000m at the Bislett Games in Oslo in May when he ran 7:36:85.

Henrik and his brothers are coached by their father Gjert. 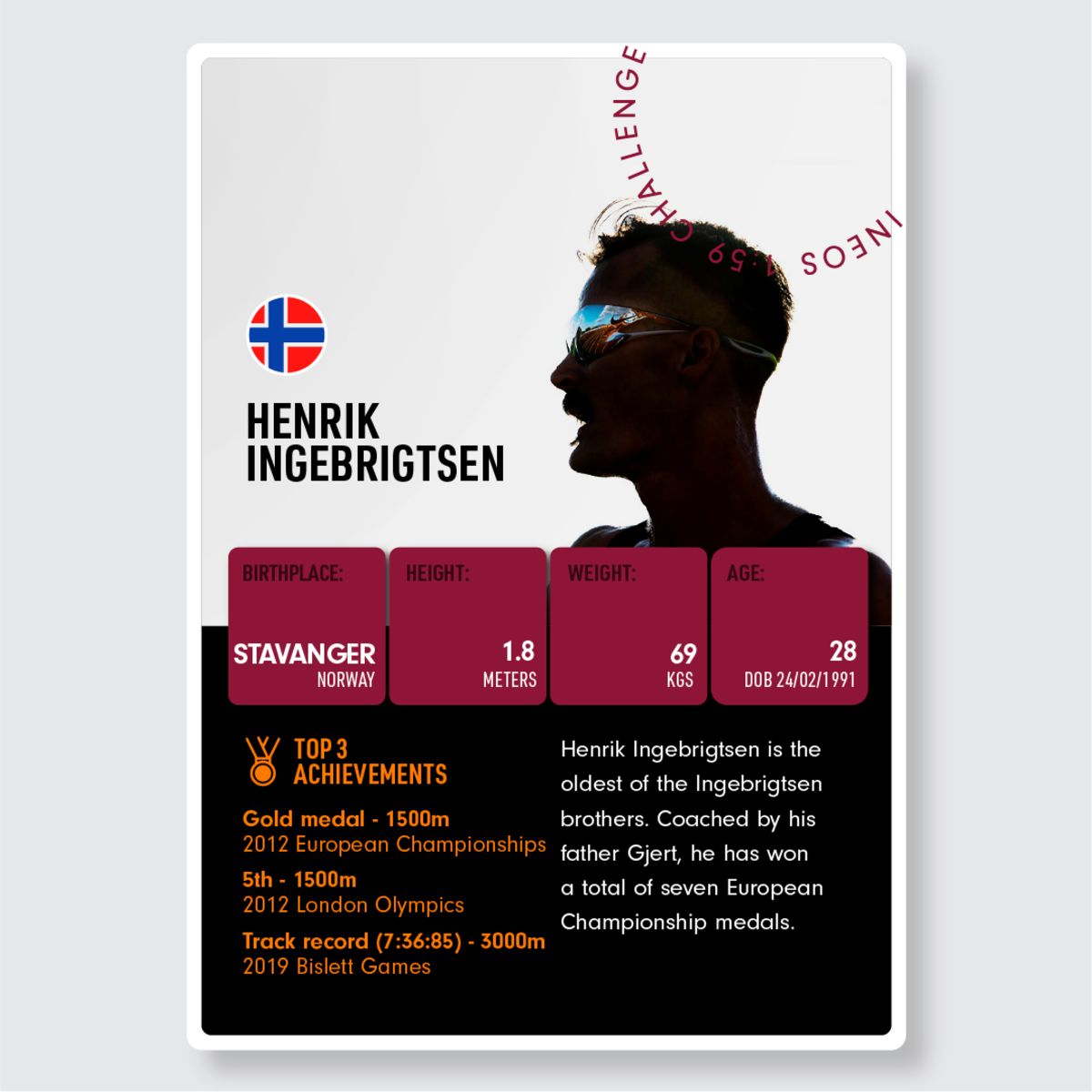