Aged 26, Filip is the middle of the three Ingebrigtsen brothers. He won the 1500m title at the 2016 European Championships and then won a bronze medal at the 2017 World Championships in London a year later.

At last year’s European Championships, he fell in the semi-final and broke a rib but still got up to make it to the final.

He is the reigning European Cross-Country champion, winning the title in The Netherlands last December. 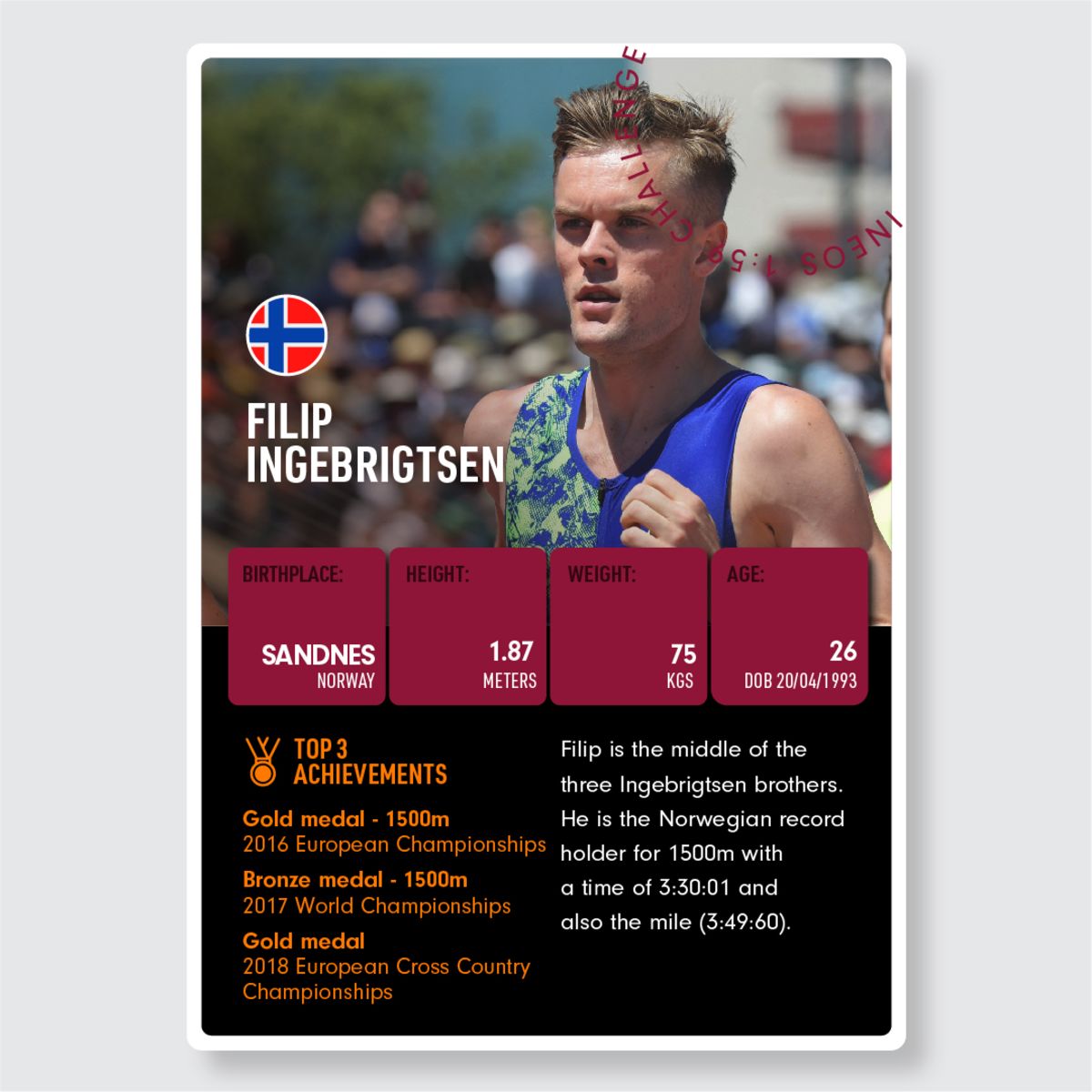