Lagat was born and brought up in Kenya, for whom he represented in the early stages of his career, but went to college in the USA and became a naturalised citizen of the country in 2005.

Lagat was one of the pacemakers for Kipchoge’s last attempt to run sub-two hours in the Breaking2 project. At 44, he will be the oldest member of the pacemaking team. 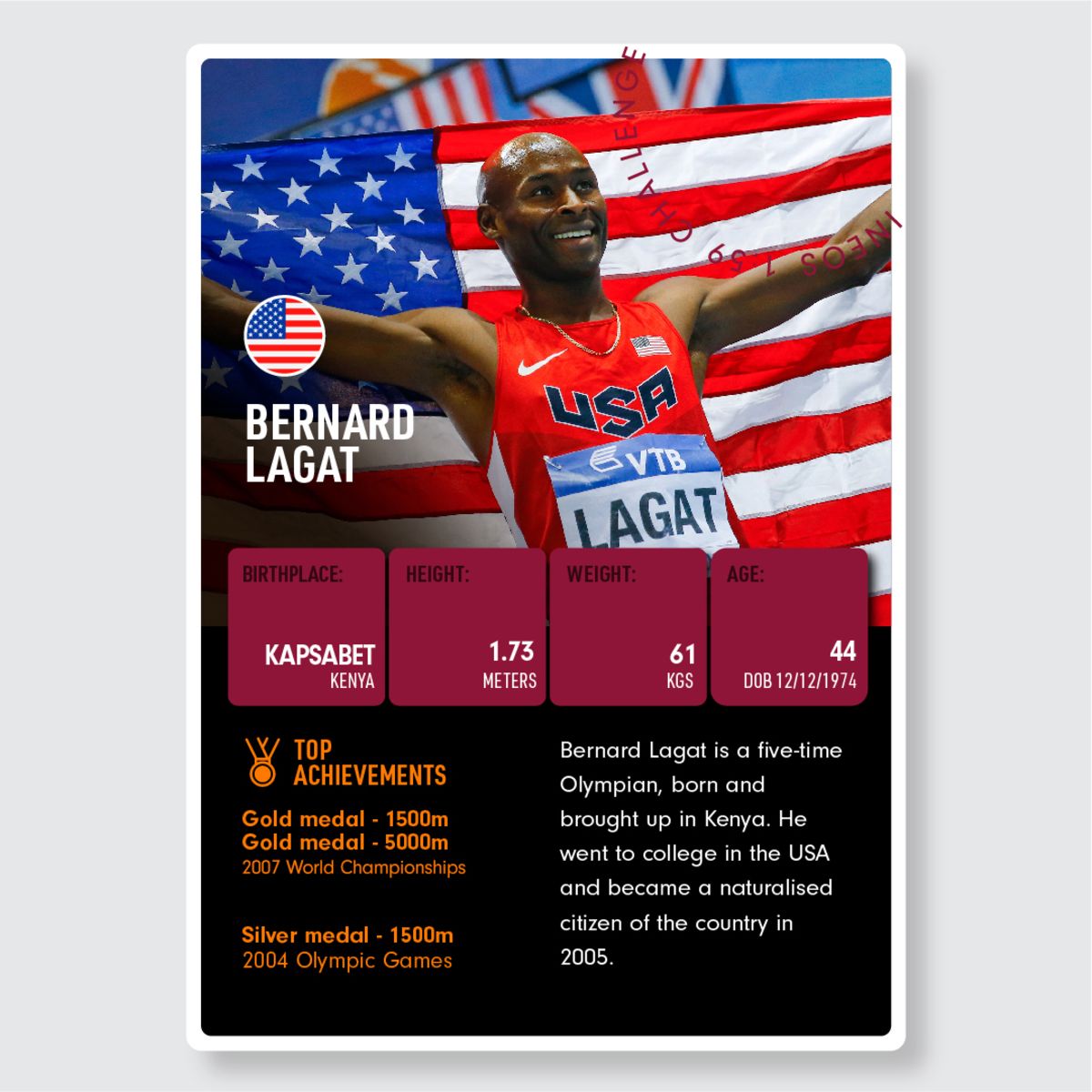