Kogo is an Olympic bronze medallist from the Beijing Olympics in 2008 when he placed third in the 10000m. He is also a former world record holder for the 10km on the road, setting a time of 27:01 in Brunssum (Netherlands) in 2009. The time is still the fifth fastest time over the distance in history. Kogo also finished runner-up in the 2013 Boston Marathon. 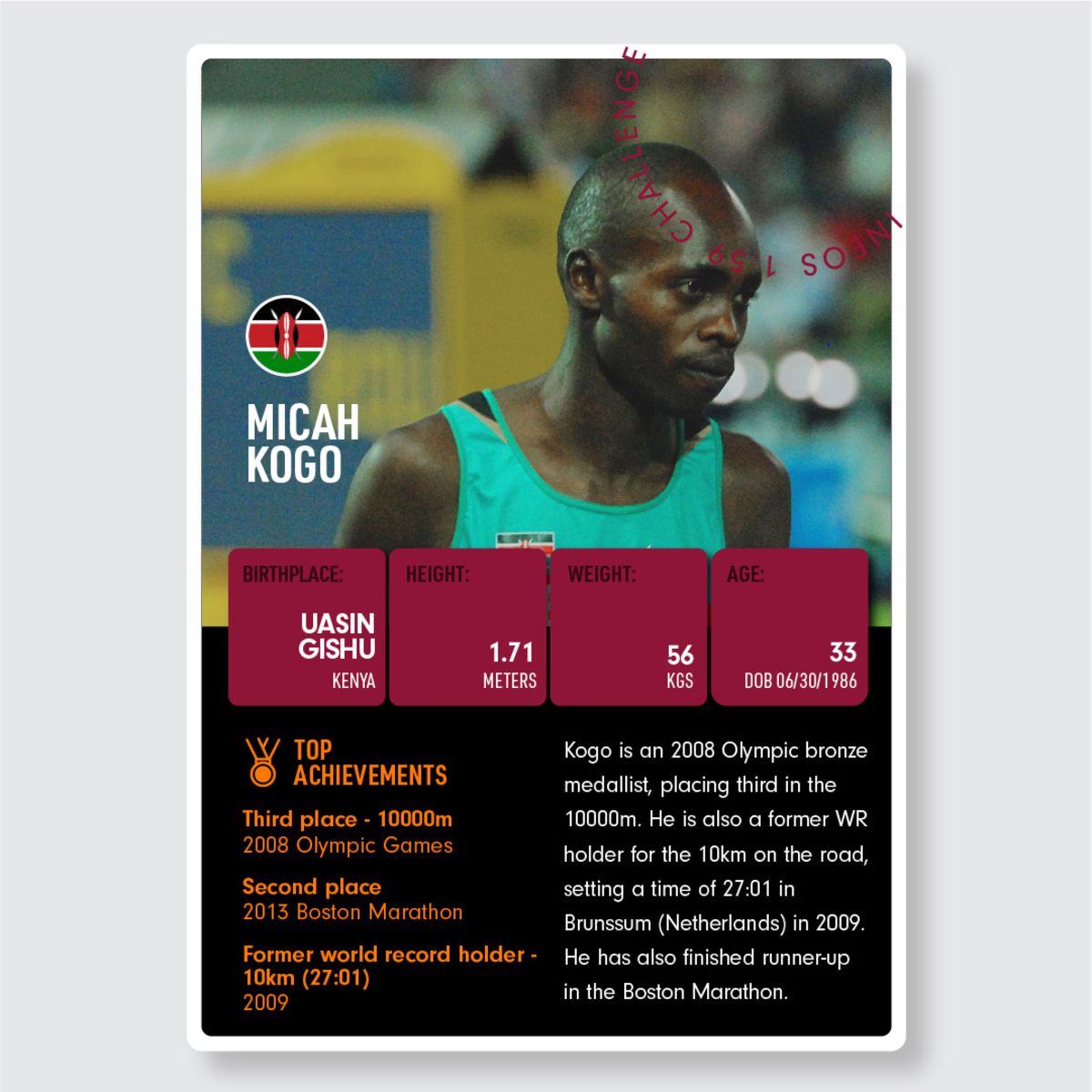