Lomong is one of the USA’s leading distance runners and was part of Eliud Kipchoge’s pacing team in the Breaking2 attempt in Monza in 2017. Lomong was born in South Sudan and was one of the victims of the Second Sudanese Civil War. He was abducted and only escaped by running for three days to reach the Kenyan border. He moved to the USA in 2001 and in 2008 qualified for the Olympics in the 5000m where he was his new country’s flag bearer. Lomong also competed at London 2012 finishing 10th in the 5000m final. This year he won the 5000m and 10000m double at the USA Championships. 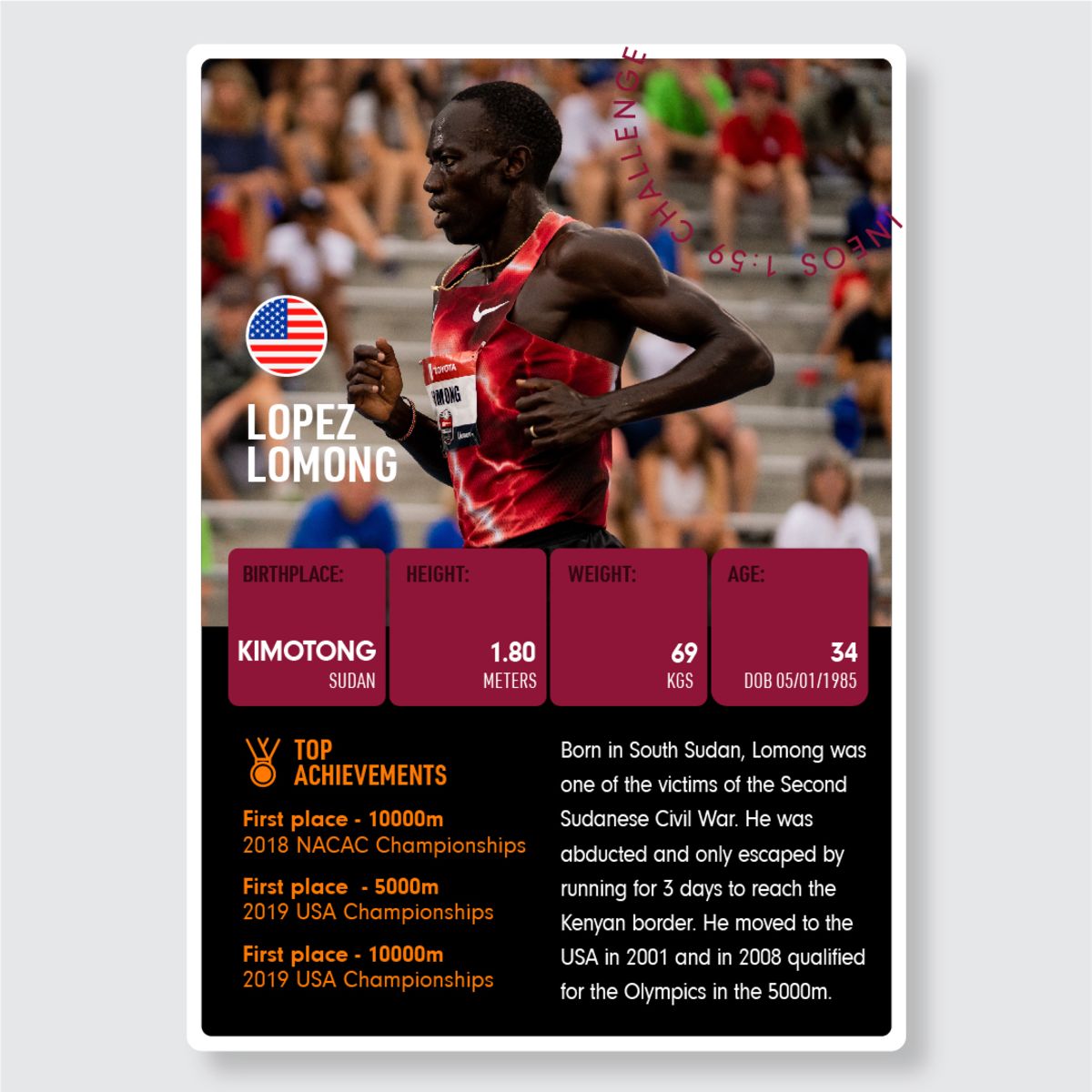