Julien Wanders on the INEOS 1:59 Challenge

Julien Wanders is one of the rising stars of global distance running. The 23-year-old Kenyan-based Swiss athlete is the current world record holder for the road 5KM and European record holder for 10KM and half marathon.

It was back in May I first become aware about the INEOS 1:59 Challenge when my manager explained that, if the dates worked for me, I had been selected as a pacemaker.

I was only too happy to help out. I was also involved in Breaking2, so it will be amazing to be a part of the INEOS 1:59 Challenge. If I can help Eliud make history, I will be very proud.

It is a great opportunity for me and, of course, it is a great challenge for Eliud. He has achieved almost everything in his career. He has won four London Marathons and three Berlin Marathons. He set the world record of 2:01:39 at the Berlin Marathon last year and he is also the Olympic champion.

When attempting Breaking2 in Monza he came very close to cracking two hours but it remains the one major goal he has yet to achieve.

My hope is that he can this time run a sub-two hour marathon. He will have learned so much from Breaking2. 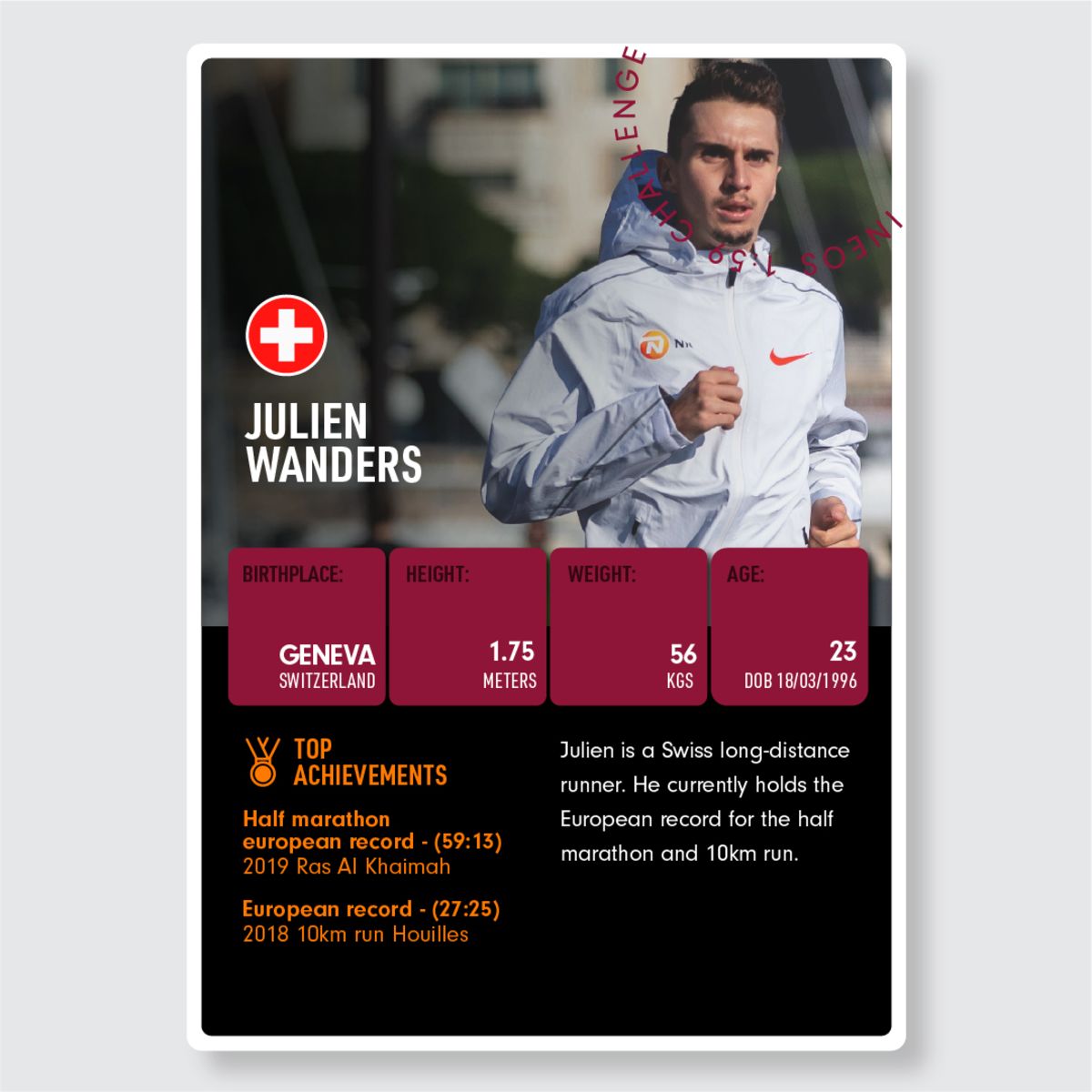 In Monza, I was one of the reserve pacemakers but in Vienna I hope to play a more central role as part of Eliud’s pacemaking team. If I can help out on three 5KM stints, for example, that would be great.

For me, the timing of the event works out very well. I’m planning to compete in Doha over 5000m and 10,000m at the World Championships and with the INEOS 1:59 Challenge taking place one week later I should be in good shape to run at a pace of around 2:50 per kilometre of three times 5KM or whatever is required of me.

Eliud is such a special athlete – from what I understand one of the most disciplined of athletes. He is always 100 per cent focused on his running and achieving his running goals.

As I recall, it was amazing to watch Eliud compete as part of the Breaking2 project. His focus and belief that he could run a sub-two-hour marathon was so impressive. My personal belief back then was that he could run a 2:02 or maybe a 2:01 marathon, so for him to run 2:00:25 was amazing. He really showed all of us anything is possible.