Over the coming months I plan to share my story on my journey to the INEOS 1:59 Challenge – where I hope to create history and become the first human to run under two hours for the marathon.

Yet before I look ahead, I’d first like to reflect on my most recent performance, where I won the London Marathon (in 2:02:37). I was pleased with my performance for several reasons. Firstly, it was my first race since breaking the world record in Berlin last year, so it was important to race again to gauge fitness and show the world that the world record does not come on a silver platter. Secondly, I was really happy to run the second fastest marathon time in history and, thirdly, I was pleased to become the first man in history to win the London Marathon four times.

Following my win in London I experienced a crazy, busy week. On the Monday morning after the race I shot a video for INEOS and on the afternoon I met Sir Jim Ratcliffe, the owner of INEOS, and his employees at his offices. Later that day I travelled up to Oxford for the official INEOS 1:59 Challenge press conference which took place at Iffley Road on Tuesday – the same track where Roger Bannister became the first man to break the four-minute-mile barrier.

I first became aware of Roger Bannister in a conversation back in 2004 shortly after I set my mile PB of 3:50.40 in London. What he achieved was truly special, so it was inspirational to visit the track where on May 6, 1954 he had set the iconic mark. My hectic week then continued as I flew on to Berlin for some commitments with my sponsor, Nike, before I finally returned home.

It was exciting to spend time again with my wife and kids in Eldoret. My daughter, Lynne, said she was happy to have watched me run on TV. She said her teacher kept asking ‘how is Eliud? He’ll have to come and say hi to the other kids at school.’

My wife, Grace, was also really pleased to see me again. She had been the talk of the town because she was the one interviewed by many of the Kenyan press after my victory in London! 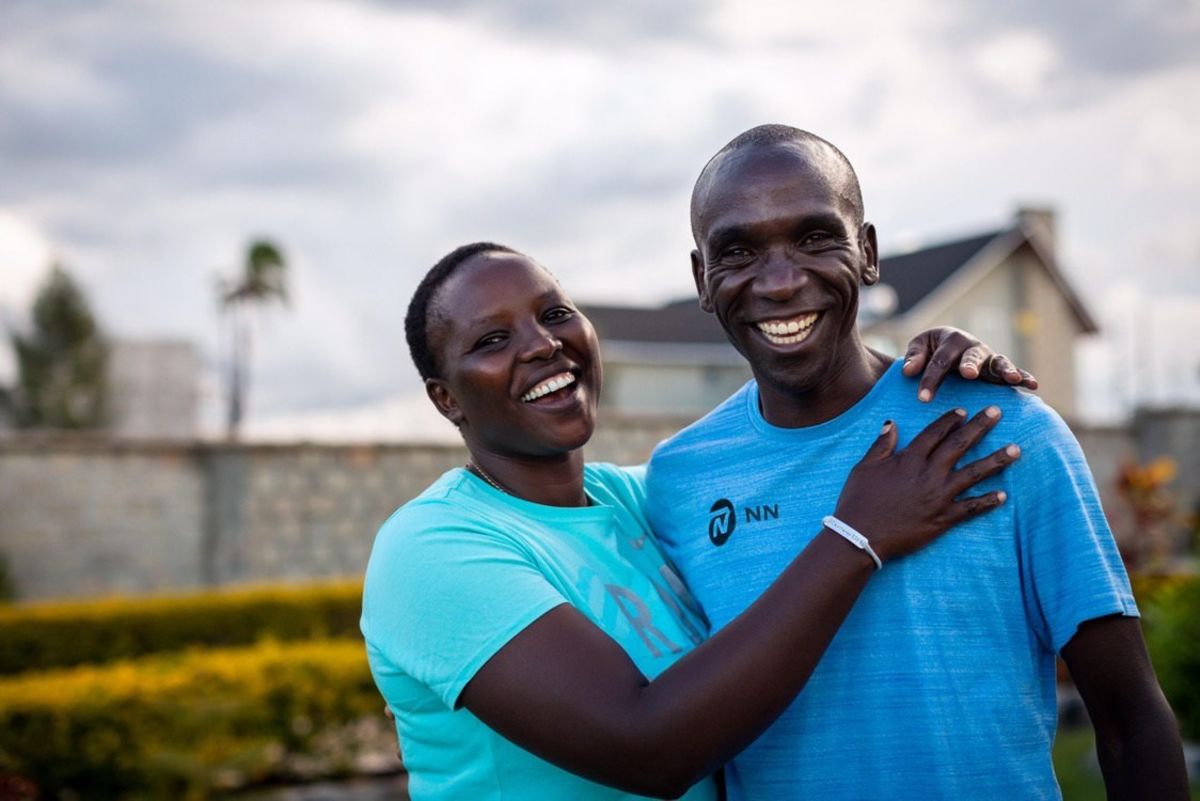 It was nice to be given the chance to rest at home with the family. I like to rest my mind by reading books, I’ve recently read a biography on the boxer Muhammad Ali and I’ve also spent time working on our farm – which is located around 10km away from Eldoret. It is only a small farm with crops and animals. It is always nice to get away and relax there.

Post-London, I’ve taken three weeks total rest, although when I do take a break I must admit I do miss running.

My gym work entails weightlifting, some steps with weights, aerobics with an instructor and some other mobility exercises.

In my mind the gym work helps chase away the injuries and train the muscles. As an injury prevention tool the gym it is very important. My fitness is measured by my work in the gym.

Before returning to full training in camp the work I carry out in this phase is critical as it provides the foundation in terms for my preparation for the INEOS 1:59 Challenge.

I look forward to updating my story in the coming weeks.

As told to Steve Landells.